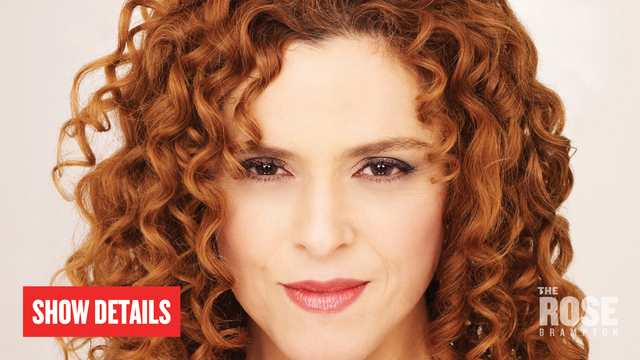 Bernadette Peters, Broadway's brightest star, in an evening of song. Performing from the Broadway shows she's received accolades for, as well as from her Grammy Award winning and nominated albums including standards, Rodgers & Hammerstein, Stephen Sondheim, among others. A glamorous evening as only Bernadette Peters can do.