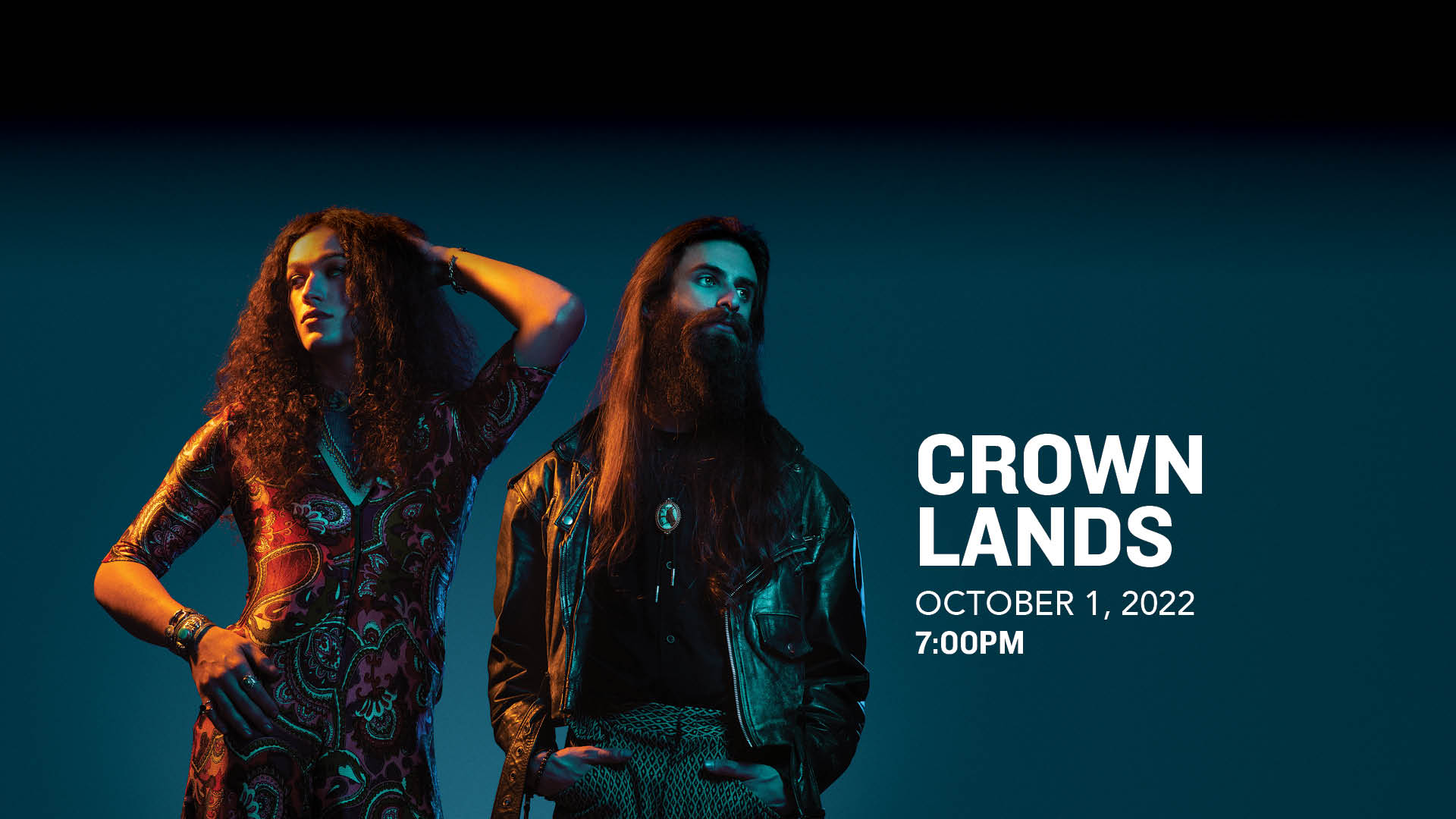 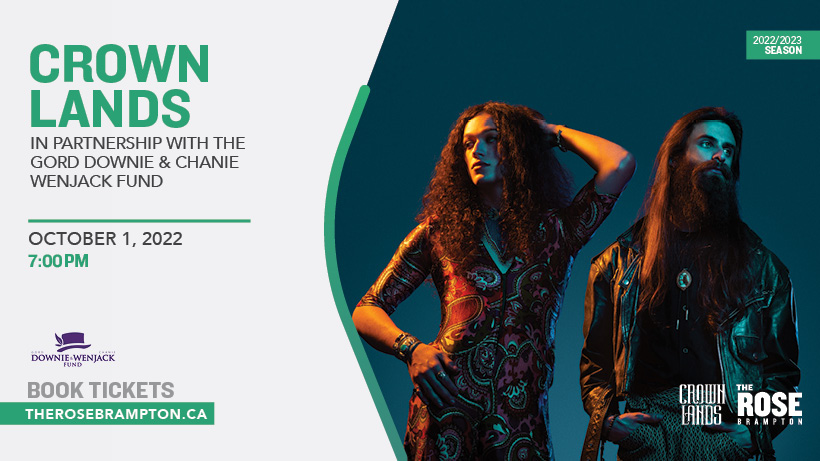 Enjoy a free concert outdoors in Garden Square, in front of The Rose Brampton, with JUNO Award winning duo, Crown Lands! The release of Crown Lands’ upcoming, self-titled debut album — produced by six-time Grammy winner Dave Cobb—marked the arrival of a major new force. Raised in Southwestern Ontario, Comeau (guitar, bass and keys) and Cody Bowles (vocals and drums) bring together a range of influences from folk and blues to psychedelic to prog rock and, drawing on their own intense personal chemistry, create something unique and startlingly fresh. In 2016, Crown Lands released their first EP, Mantra, and accelerated their relentless touring schedule, which has seen them open for Jack White, Coheed and Cambria, Primus, and Rival Sons. The group’s name is indicative of their substantial ambitions; “Crown Land” is territorial area belonging to the monarch—or, as Bowles(whose own heritage is half Mi’kmaq, an Indigenous tribe from Nova Scotia) puts it, “Crown Land is stolen land and we are reclaiming it.” 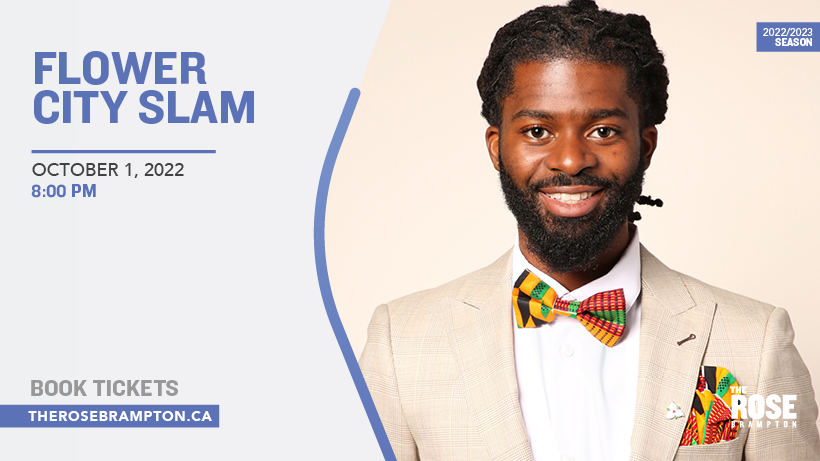 Featuring Ontario’s First Poet Laureate, Randell Adjei Hosted by Lamoi. Calling all artists and poets! Flower City Slam is back with our yearly poetry competition. Poets will compete to win over $500 in prizes! CLICK HERE FOR COMPETITOR REGISTRATION